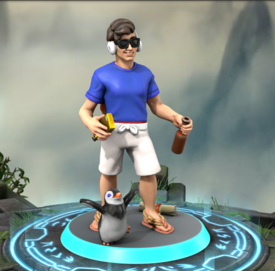 
Description:
While no one is quite sure why Clan Tremere of all people would embrace a Frat Boy, but here we are. Plaid shorts, shirts boasting Greek letters, boat shoes, backwards cap. He enjoys long walks on the beach, wait that's not right okay focus. Kenneth is a bit flightly, some might even say fluffy headed. He has random thoughts that easily derail conversations. He is all about people shamelessly living their best lives. He is quick to make friends and try new things often not considering the consequences until after he's done the thing.

Tl:dr: Kenneth in a TikTok: https://vm.tiktok.com/ZMeyLSuHm/ 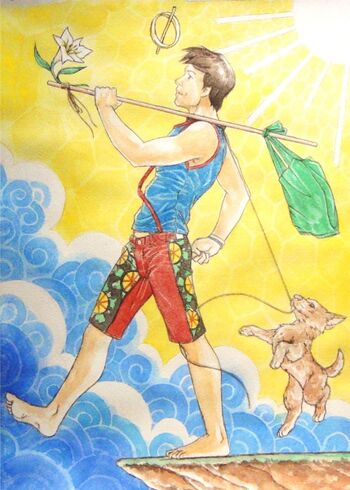 Kenneth lives in Detroit currently, no one is quite sure if he has magic as a Tremere, I mean he must have some sort of magic though right? Anywho, more importantly he is an unrepentant flirt when he has the attention span to have a conversation. His knowledge is varied as he has been attending college for a few years now.