Hari
Life is meaningless and what remains is desire. 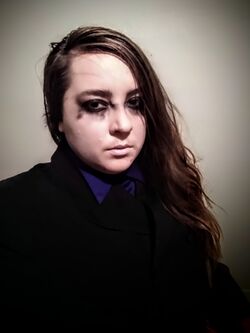 The sea of the abyss holds the depth of our souls. While House Nautilus is led by an abyss mystic, this house contains many arms. Its members are valued for their uniqueness and tests before embrace often feature a situation that if endured allows the essence of the soon to be childe to shine. Members: Avari, Aleksander, Katherine Davis, Vinny, Henry Ritter, Laslo Pain, Marc-Andre Abadie, Antoni Torquelles, Melisandre "Malice" Faileas

Above the deep blue ocean lies a friend you want to meet.
One who travels by boat, one who travels by sea.
Adventure beholds the lucky person.
Who dares to trust the friendly sea merchant.”