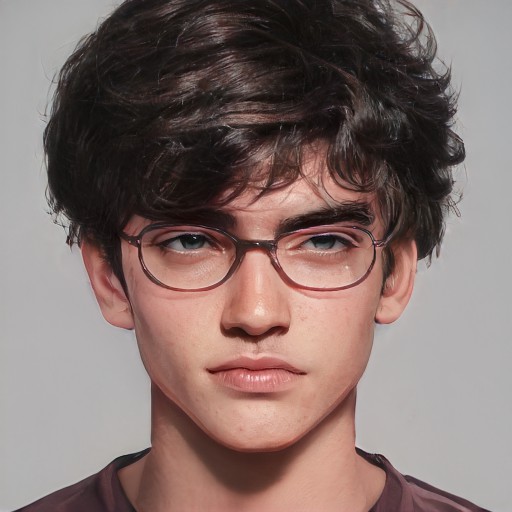 Meir is an ambitious young Ventrue neonate plucked from the white collars ranks of the tech industry of Seattle. He grew up in Tacoma in a poor family and always desired a life that was meaningful and comfortable who has not lost his ambition in undeath. Meir is still learning to control his emotions and has a difficult time not being the smartest person in the room. Anyone who has met him knows that he has two sides to him. There is his goofy true personality that comes out among friends. And then there is that stone cold serious Ventrue side that comes out when it's time to deal with business. And yes, he really did name his rifle Sally.

Formal Atire Slacks and button down shirts. He may add a coat and tie when the event is extra fancy. A few buttons from Syfa McAdams are kept inside the coat pocket.

Casual Attire Jeans and t-shirt. The t-shirts are usually either super heroes or anime. He is mainly in this attire while relaxing in his Haven or among close friends.

2015 — Meir is embraced by Don Ariel in Seattle sometime after the two met and discussed the virtues of a certain whiskey. Don takes Meir with him back to NYC to teach him the ways of the Clan of Kings.

2018 — Don Ariel releases Meir from his Agoge and Prince Vendicimo releases him from the Accounting. Meir returns to Seattle to expand his lineage's holdings on the West Coast.

February: Meir is invited to be a Genikos of the Teloah de Canilu. During the same time, Meir opts to relocate from Seattle to Harmony Island.

February 11: Meir has an audience with Lord Arbiter Nicodemus Lucre. to learn about the Order of the Sacred Shield on board the Dirge, located in Santa Monica, CA. He is allowed to become a Squire to test his eligibility for full membership.

February 22: Meir is present for James Alexander Fairweather's ascension to the Praxis of Harmony Island.

February 28: Meir meets with Lord Arbiter Nicodemus Lucre. and is offered the chance to become a sworn Knight of the Order of the Sacred Shield which he accepts. Meir becomes a Knight of the First Legion.

March 22: Meir is offered a position to be a Talon to Syfa McAdams, Harpy of Harmony Island.

Ava Schulmann : Meir met Ava through Kenneth (her childe). Meir has often reflected on the theological questions of reconciling Judaism with being a Kindred through their conversations.

Benito Navarro : Meir keeps a watchful eye over his slightly younger Broodmate and continues to check on him.

Don Ariel : Meir maintains a positive relationship with his sire whether he is visiting him in NYC or reporting on his activities from home in Seattle.

Gabriella : Meir met her for the first time when he was passing through Atlanta in early 2021. Their first adventure involved ghosts and they hit it off right away. Meir finds her utterly charming and cute as she tries to understand his pop culture references.

Genesis : What's there not to like about the Kindred that regularly serves drinks as a regular presence in social gatherings? A true boon is one that knows your drink of choice and always seems to have it in stock. As the saying goes, when everybody knows your name.

James Alexander Fairweather : Meir interacts with James quite a bit because of being a member of the the Teloah de Canilu. Meir is conscientious that Fairweather is one of the Heads of House Solomon and highly respects him.

Katherine Davis : Commander of the Genikos. As intimidating as she is beautiful. Easily considered the most bad-ass woman Meir knows.

Kenneth Bilge : They met while Meir was undertaking his Accounting in NYC. Despite his unusual nature even for a Tremere, it is Kenneth's relaxed nature that makes him Meir's go-to person when he has questions of an arcane nature.

Lord Arbiter Nicodemus Lucre. : Meir looks up to the Lord Arbiter as a symbol of what a Ventrue can be like at their greatest potential.

Zephyr : Meir met him during his visit to Atlanta in early 2021. The two of them hit it off through pop culture conversations that the two neonates were able to relate to each other through as they drove around the city. Both of them bonded over a love of Star Wars.