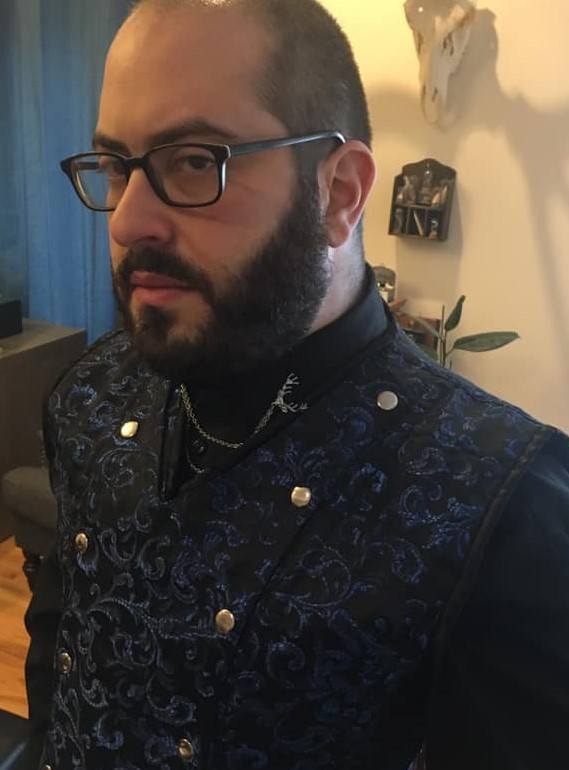 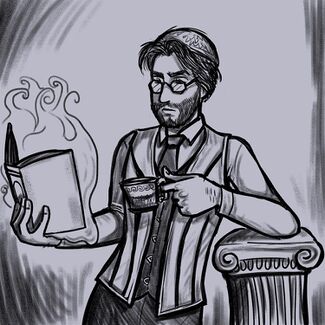 Nissim Melamed is the the head of House Melamed, a lineage that embraces those from groups that have been othered and oppressed by mortal society. Openly queer and Jewish, Nissim seems to fit the same mold as many of his lineage do.

Nissim is a scholar interested in the ritual practices of various magical traditions, causing him to reach out especially to those clans who practice Thaumaturgy and Necromancy. Though he is generally known to be stoic and calm, many who are closer to him state that still waters run deep, and that he is passionate about his family and those he cares for.

Nissim has been the Tremere Primogen of New York City since 1945, and was a member of the Tremere House of Lords since 1946. He is currently the Lord of the Northeast Megalopolis Enclave, overseeing the Chantries of Boston, New York City, and Trenton. 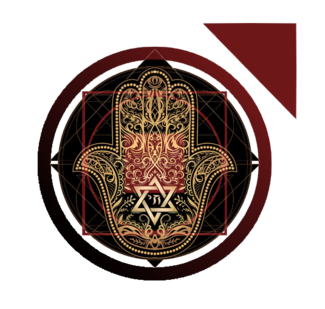 Founded by Nissim, the Lineage of House Melamed is a collection of powerful, thoughtful Tremere. After the clan split into three Houses in 2014, the lineage split as well, with members in all of the various new factions, still held together by a common ethos. 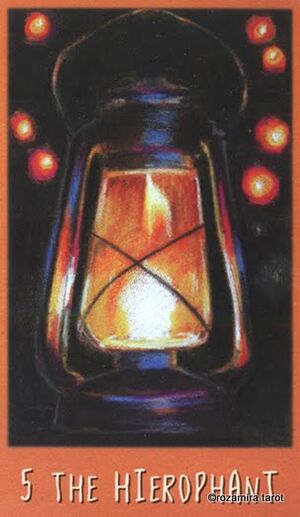 "We must translate pain into action, and tears into growth"
— The Lubavitcher Rebbe

1154 - Nissim is born in York, England.
1177 - Nissim becomes the Melamed for the Jewish community in York.
March 16, 1190 - Nissim and his wife, children, and community are besieged in Clifford’s Tower. The King’s men do not assist, and the keep is set on fire. Nissim is found by his sire while dying, and is embraced to save his life.
1205 - Nissim finishes Accounting in Ceoris under his sire, Phoebe, childe of Meerlinda [VIP Spend], and becomes a full member of Kindred Society.
1230s - Nissim meets Alaric of Gaul and the two begin to collaborate on various academic studies of esoteric lores and rituals.
1275 - Nissim embraces Izz, his first childe.
1290 - Nissim is forced to leave England due to the Edict of Expulsion issued by King Edward. He assists with evacuation of the mortal Jewish populace.
1300s - Nissim creates House Melamed as a place where those who have been persecuted in the mortal world may learn and teach in peace. Izz becomes the first member.
1476 - Though Nissim has never owned or created a Gargoyle, he dutifully fights alongside his fellow Tremere in the Gargoyle Revolt.
1490 - Nissim takes on Chava as a ghoul.
1496 - Nissim is a lead ritualist in the blood curse in exchange for Clan Tremere becoming part of the Camarilla. [VIP Event] His proof of dedication to the Camarilla catches the interest of Cassandra Apollo and the two become allies.
1500s - Chava is embraced.
1500s - Nissim and Chava spend time in Italy (Mainly Rome, Tuscany, Venice, and Milan) as he tried to help bolster Jewish communities (to varying degrees of success) there. During this time he meets and joins with Benjamin Caesarea in aiding the displaced Jewish communities as they flee from the pogroms of Italy.
1655 - The Edict of Expulsion is finally revoked, and Nissim returns to his homeland for the first time in many Centuries. 1655 - 1800 - Nissim goes back and forth between various Italian Chantries and the Vienna and London Chantries.
1755 - Nissim meets the "Caitiff" Fiadh.
1773 - Nissim encounters Claude while in Vienna, and learns that he is descended from his sister’s child, who was away from York at the time of the Massacre. He quickly makes it clear to Claude and to kindred society he sees Claude as family.
1800s - Nissim returns to England, and spends much of his time traveling between Chantries in NYC, Italy, and London.
1805 - Nissim embraces his youngest childe while in London, a mercenary of immigrant parents who goes by the moniker Derrick of Prague.
1815 - Derrick is released from Accounting.
1850s - Nissim's ship is attacked by Teuta's pirate crew. It goes poorly for the crew. The two begin a back and forth of mutual antagonism that develops into a grudging mutual respect.
1880s - Nissim helps found the Green Carnation Club, a cross-sect coterie of mlm kindred along with Benjamin Caesarea and Christian Whitechapel.
1920s-1940s: Nissim and much of his lineage spend much of this period fighting fascists in World War II. Nissim assists from Vienna (and using rampant Dominate against Austrian soldiers to provide information to those on the fronts). This takes a severe toll on his Humanity.
1944 (Late September): After the destruction of the Warsaw Chantry, Nissim fully moves to NYC, setting himself and some of the displaced members of the family up in the NYC Chantry. He takes his place as Primogen of the Tremere in Brooklyn.
1945 - Claude assists Nissim rebuild his Humanity after the war.
1980s - Nissim begins offering spiritual succor to other mlm during the AIDS crisis and meets Dr. Marcel Trevisani during this time.
1990s - Nissim helps the NYC Camarilla push the Sabbat out of the five boroughs.
1990s - Begins a rivalry with Randolf Stein due to their previous Clan conflicts.
1999 - Nissim assists with the creation of and is one of the leaders of the ritual to destroy almost all Sabbat Tremere. [VIP Event]
2009 - Nissim is one of the lead ritualists in the Ritual to Save the World. He works as the lead of the Tremere group at the ritual, alongside Aisling Sturbridge, Izz, and Ava Schulmann. [VIP Event]
2010-2012 - The Second Inquisition. Nissim is especially careful, having always been prepared to be persecuted again, and relies heavily on his neonates and ghouls to protect against the worst of the hunter attacks.
2011 - In the midst of the Inquisition The Beckoning happens. He loses Derrick to the Beckoning, one of his only three childer, as well as his grandchilde Isabella, and many fellow Luminaries. He is hit hard by the loss.
2012 - Nissim is present at the destruction of the Prime Chantry. [VIP Event]
2018 - Nissim attends the Toreador Grand Ball.
2021 - House Melamed formally allies with House Caesarea.
2021 - House Melamed and House Caesarea step back from a formal alliance though both houses still seem on good terms.
2022 - Nissim takes praxis of New York City in a peaceful transition of power.

Playlist:My Hands Are Stained with the Blood of Love 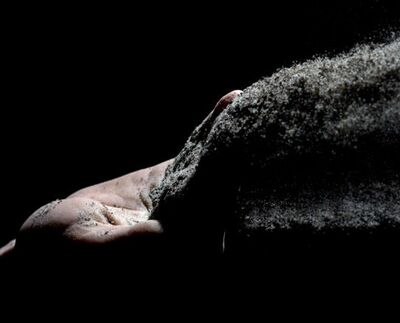 My Hands Are Stained With The Blood Of Love


Edit Quotes: Add your own!