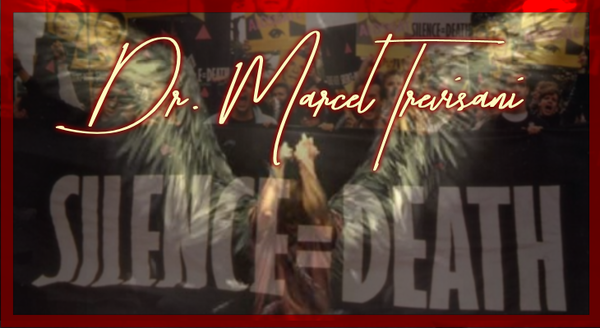 "Don’t lose that anger. Just have a little more patience and forgiveness. For yourself as well."
- Larry Kramer 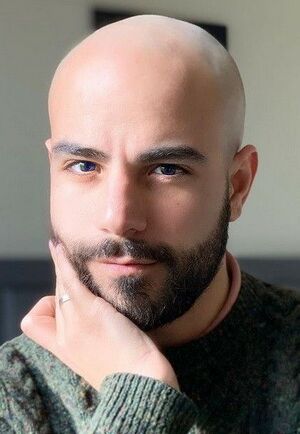 
High-Level Concept:
Survivor, unbowed and unbent, with a little gold to fill the cracks and join their broken pieces.


Physical Description:
Marcel is a bald, hirsute, pale man with a neatly trimmed, reddish-brown beard and rectangular wire-frame eyeglasses over sharp blue eyes. The dark circles around his eyes speak to a life spent perpetually short of sleep, and his soft, chubby physique of a life spent eating well, and not caring much about his shape. He speaks quietly more often than not, a basso rumble with hints of an Italian accent that's often comforting to patients.


Dr. Trevisani seems to prefer warm, autumnal colors in his form of dress, and is typically seen in simple, unremarkable clothing of the sort a man of his (apparent) age might be wearing if he were still human: blue jeans and a button down or a tee shirt, hoodie, and cargo shorts are all equally plausible for the good doctor.

Persona:
Though he is often seen smiling and outwardly appears to be relaxed, those who interact with him find that he never lacks for a certain...intensity; as much as he's pleasant, he's equally attentive and quick to comment on his observations. A sharp, diagnostic mind, incisive wit, and a well timed bon mot characterize most descriptions of past interactions with others.

"Progress is unimaginably difficult, dangerous, always at risk, always made by people with only partial vision."
- Larry Kramer

Dr. Marcel Trevisani entered Kindred society as a young postulant of the Anarch Movement in the early 1990s, professing himself to be Caitiff and disinterested in any part of being near the Camarilla. He promptly spent the next couple of decades on the move, traveling frequently to help gangs and domains all over the United States. When the Second Inquisition rose, the kind, helpful young doctor seemed just as deeply impacted as the majority of society, withdrawing and becoming less kind and giving.

In 2015, he resurfaced, standing among the Salubri who had come into the open, gaining acceptance for themselves among the Anarch Movement. Settling into Manhattan, KS to be with his gang, the Chain Breakers, and helped the community there rebound from near economic collapse.

In 2022, the good doctor relocated from Boston to Madison, WI, setting up another clinic designed to assist those most in need and a foundation to oversee their funding. Why he moved remains a mystery, but there doesn't seem to be any bad blood between him and anyone in the northeast.