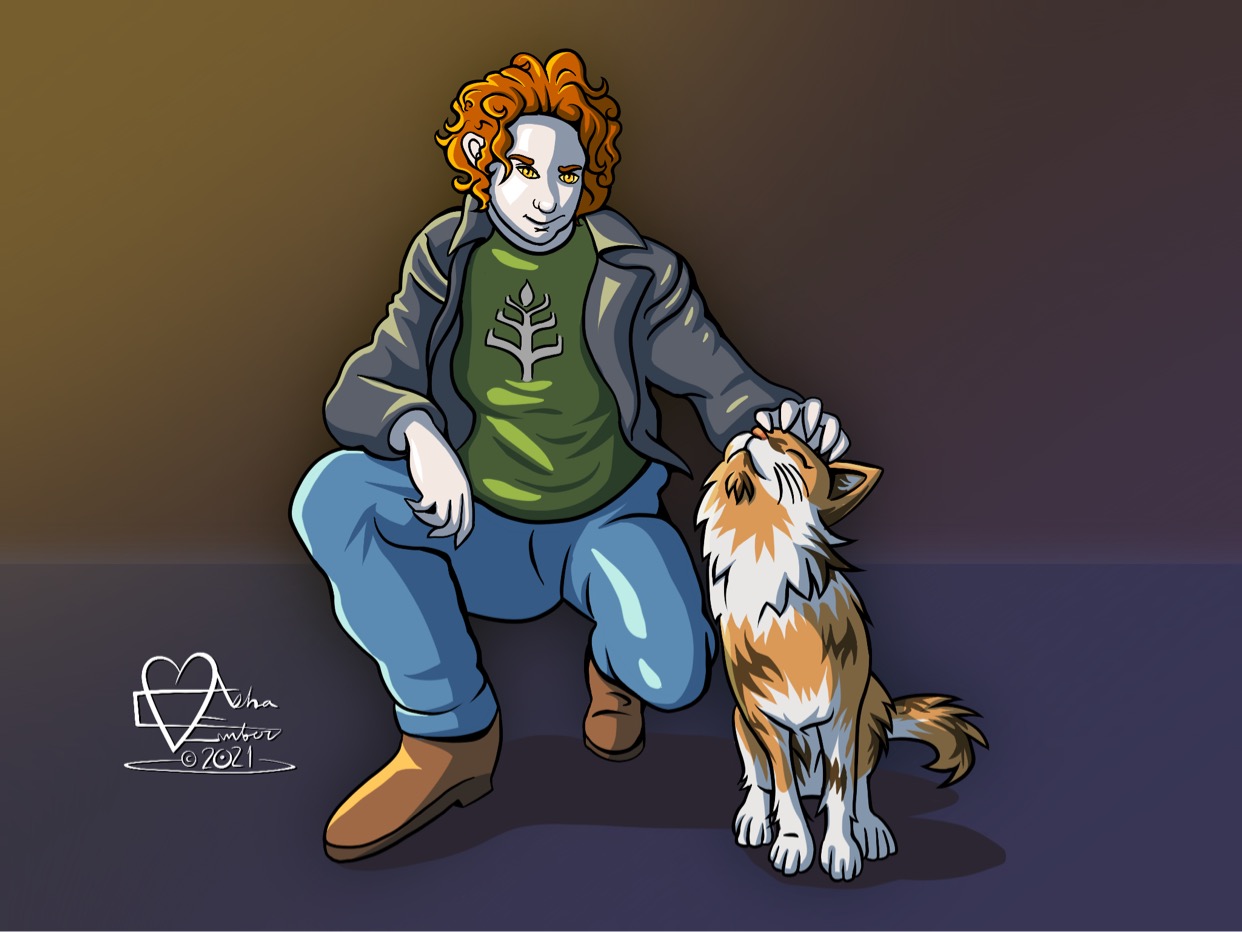 Maggie is a stout woman with pale skin and brown hair, its thickness betraying her Lithuanian roots. Her cat-eyes are usually disguised with brown contacts, but those close to her will be aware of the deception. Her dress tends towards the functional rather than the formal, her look frequently involving some denim. Cat jewelry is featured among her accessories, as is the tree of life.

Maggie has ranged through America since the 1890s, frequently making her home in front range in Colorado. Independent and fiercely stubborn, she has long been known to be focused on her own projects, which generally deal with the welfare of felines.

“Calling someone a crazy cat lady is a misogynist dogwhistle. What you mean is you want to dismiss someone because they’re female and have different priorities than you do. You sure you want to say that to my face?” -Maggie Pike
"A remarkable kindred. Capable, Kind, and Clever." -Alaric of Gaul

"Now, Maggie dearest, Queen of the Night Trails, Claws in the Dark, feeder of predators, you know I'd never call you an animal." - Leo

"One of my favorite Kindred that I've ever met, to be honest. She's a center of solidity in a world of flux." - Agatha Palmerstone

"Maggie is legit, she got the hookup before you even realized you needed it. Do not ever underestimate the cat lady. Ten out of ten!" - Kenneth Bilge

"Underestimate the reasonable, and you taste the fire. Honestly Maggie, we'll always have our dry humor. Call me when you need to stop being reasonable again." - Banks

"Maggie is a mystery. Some mysteries are best left unsolved." - Calico

"The friendship and loyalty of a dog is to be expected. The loyalty and friendship of a cat is a gift to be treasured." - Nissim Melamed

"So this one time, we were killing time in Arkansas and discovered Avengers Slash Fic and I just fucking cannot. She's kind, supportive, and strong and I love her so much because on top of all of that we can sit around and be weird together. 10/10 friend." - Dr. Marcel Trevisani
Edit Quotes: Add your own!

Deep roots: Maggie practices a somewhat homebrew version of Romuva, the indigenous religion of Lithuania. How does she choose to continue an existence in the darkness while following a religion of fire and light?

Keeper of the lost: Maggie is also a protector of things that other people don't always care about. Stray cats, endangered wildcats are her obvious front, but her drive as a guardian doesn't necessarily stop there.

I don't understand your meat noises: While Maggie is afab, and currently presenting as female, that's not always the case.

Be true: Maggie carefully chooses her friends and rewards loyalty with unshaking loyalty.