"Our ambition should be to rule ourselves, the true kingdom for each one of us; and true progress is to know more, and be more, and to do more"
- Oscar Wilde 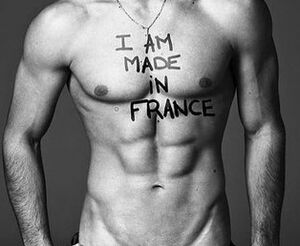 High-Level Concept:
Tenderness and kindness in the face of cruelty is more than merely an expression of strength, it is an invitation to heal and to grow.


Physical Description:
Claude is the picture of health and vitality. A male in his mid thirties with a warm hazel eyes, a light brown goatee, and an easy smile that brings dimples to his cheeks. His build is trim, due more to an active lifestyle than any particular design or intention.


Claude favors lighter shades of grey, as well as jewel tone blues, teals, and turquoise. His clothing tends to suit his needs at any particular moment. Well worn jeans in the kitchen or the garden or crisp suits at court. But you'll never catch him wearing a tie; at the most formal of occasions he'll wear an ascot as long as it is entirely necessary.

Persona:
Claude is a warm and outgoing kindred, quick with a smile and easy to talk to. Some might consider a kindred who seems to be so kind and generous to be naive, but those who know him well may well suggest otherwise.

"We are all in the gutter, but some of us are looking at the stars."
- Oscar Wilde