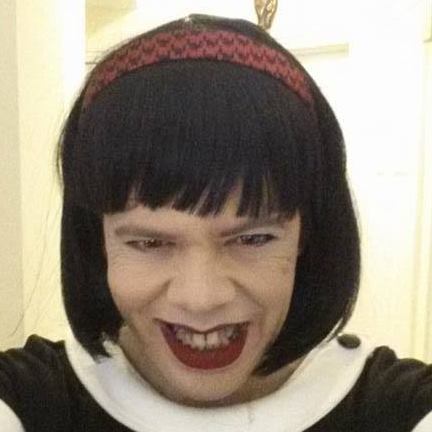 Description
And should I be hugged and tugged down through this tiger's masque?
And should I be sung and unbroken by not saying...
Am I not sane?
- Cherry Coloured Funk, The Cocteau Twins

Aggie is a is a seeker and solver of Mysteries, a quirky film-noir-esqe femme fatale, and a freelance investigator within the Camarilla with an inordinate fondness for squirrels. She was born and raised in Brooklyn, and never traveled much beyond the NYC city limits before being Embraced. She has an overwhelming sense of curiosity which can get her into and out of trouble, and occasionally rises to the level of a Derangement. She will be transfixed and incapacitated by a mystery she cannot solve at least while initially pondering it, and may grow increasingly troubled if she can't figure it out over a longer period of time.
She believes the myth that Malkav and and Arikel, the Toreador founder, were twins. But she thinks that Bob has interpreted the meaning of the prophecy almost backwards. Either that or the ritual that ended the red star reversed the prophecy somehow. Either way, the Antediluvians are not here, even if they were once, and it's best to leave them that way, if we can.