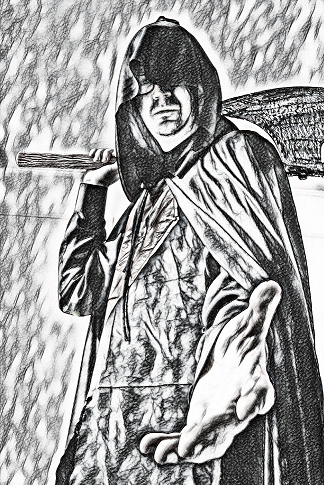 Wearing a dark cloak and often carrying a large axe, Sevinch radiates inhumanity with his presence, even as he appears inhumanly beautiful. You want to stare; you want to run away.

Sevinch and Bob were married centuries ago, but split up due to differences in ideals. They appear amiable now, but like an old married couple, they know how to get on each others' nerves.
Edit Rumors: Add your own!