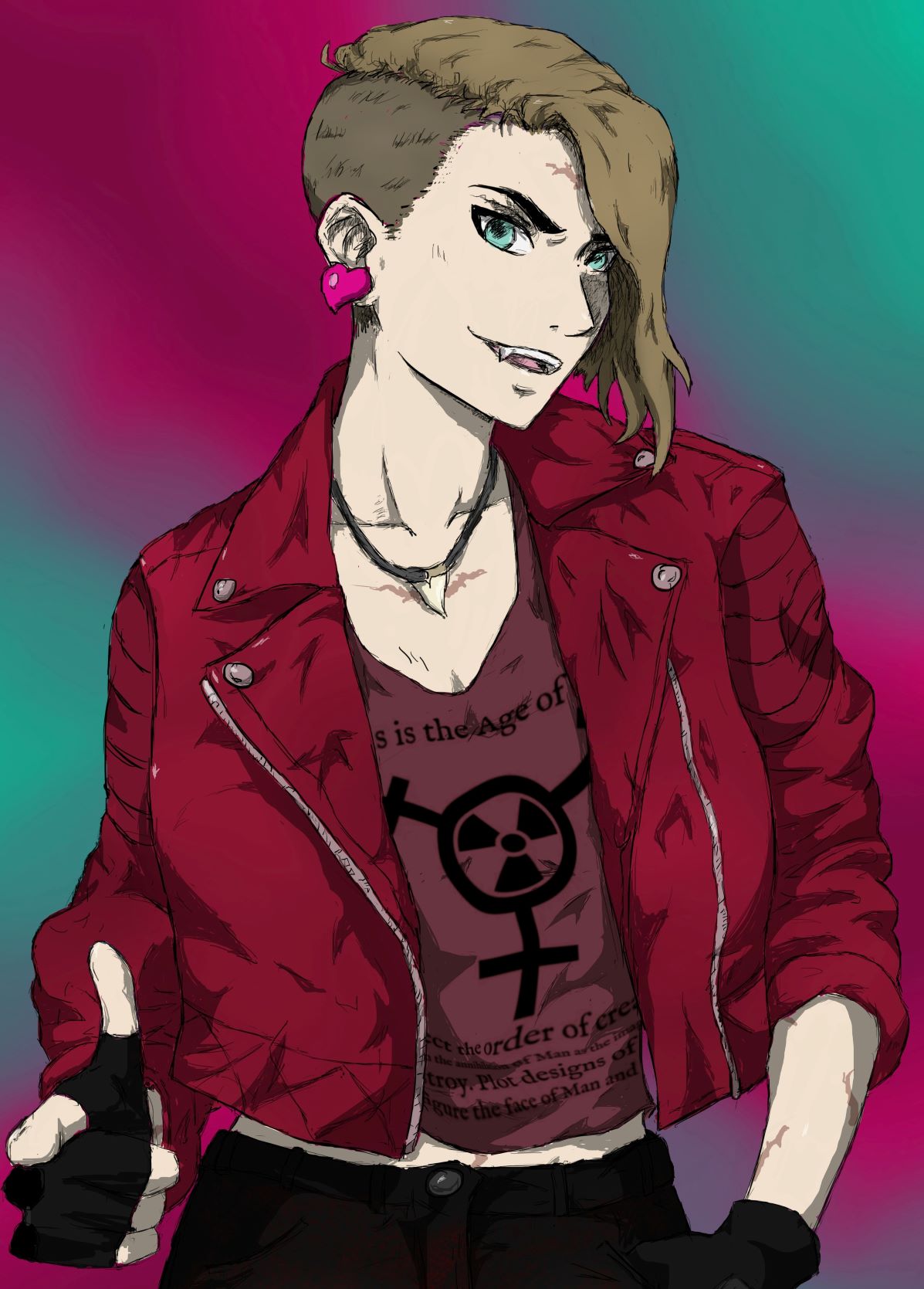 Joan was embraced sometime during the SF queer activism in the 80s. She’s open with the fact that she was originally embraced Sabbat, but got out of that life quickly and has been anarch ever since. Hugely outspoken about caitiff rights and is also part of a caitiff alliance for that cause. Tries to stay involved in mortal activism insomuch as she can. She’s traveled a lot, spent some time in the New York queer protests in the 90s. During the 2000s she joined several cross-sect organizations to campaign for caitiff advancement, as well as fought in the many campaigns against the Sabbat in the Southwest united states, fighting off and Archbishop and their pack alongside Smiling Jack. She frequently visits Dallas and Denver. Now she’s based out of the Anarch Collective in Sonoma County, California.

Was supposedly embraced in San Francisco by a Sabbat pack, but SF has always been an extremely Cam leaning territory until recently, and the pack that embraced her was supposedly killed to a man.
Edit Rumors: Add your own!

"The Movement doesn't end until we win!"