From Modern Enigma Society 2020 Wiki
Jump to navigation Jump to search
Danika Astor
"Skill to do comes of doing; knowledge comes by eyes always open, and working hands; and there is no knowledge that is not power."- Ralph Waldo Emerson 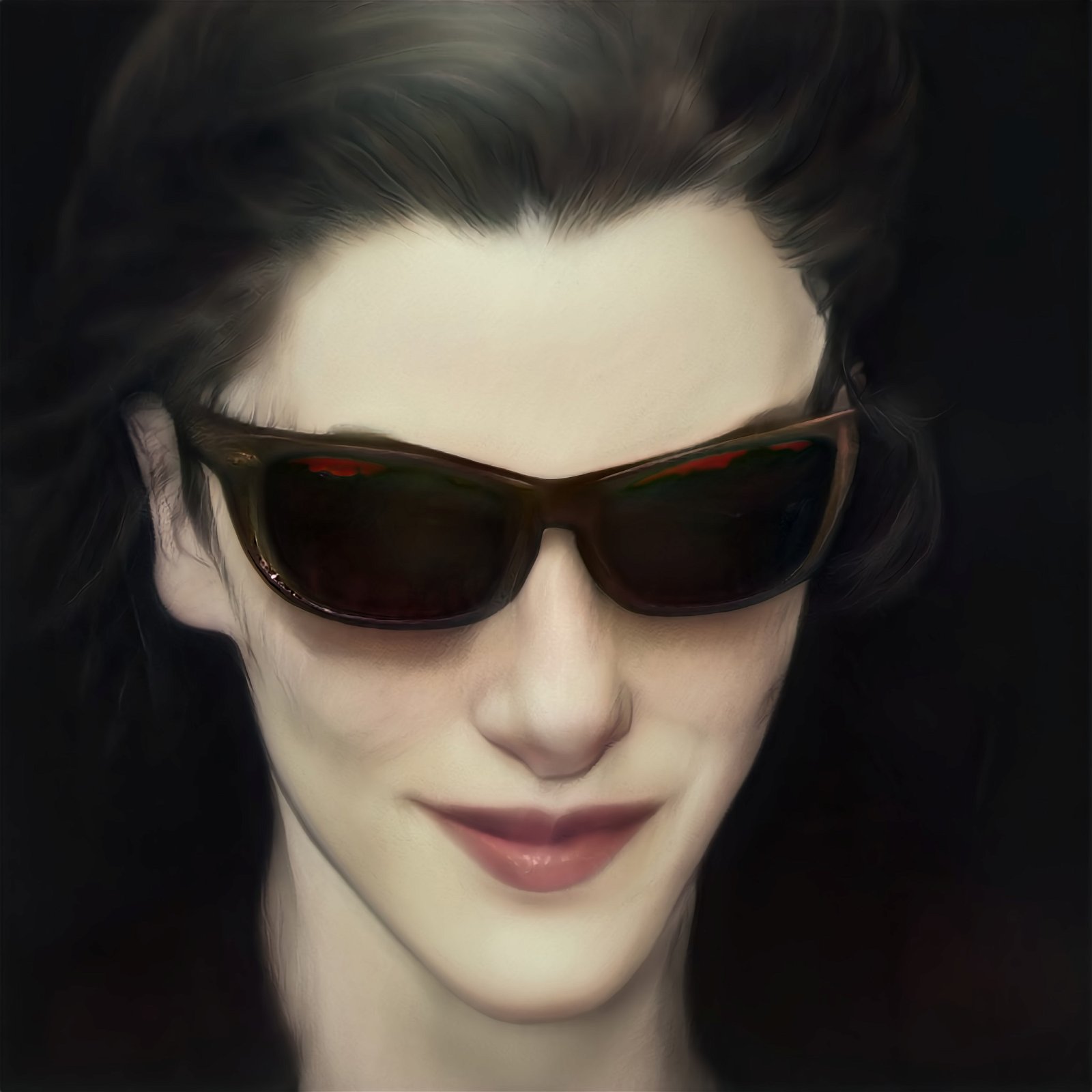 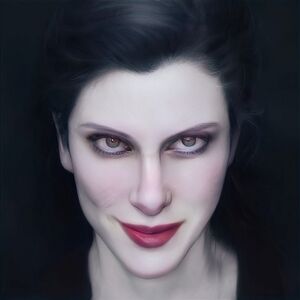 A tall, well muscled and pleasant but intense transgender woman who appears to be approaching her 40’s, Danika “Dani” Astor is a neonate of Clan Ventrue and The House of the Griffon and the childe of Prince Christian Whitechapel of Boston, former Seneschal of London, New York, and Boston. Like her sire, Danika is openly queer and does not hide the fact that she is transgender. Her features are sharp and her eyes are probing, and her nose is slightly crooked as if broken, healed, and expertly reset several times over the decades. She tends to dress in practical but smart black business-wear with colorful accents and eclectic accessories, or well tailored, practical, tactical-chic gear when she ventures out "into the field." Her bearing is that of a trusted major-domo, an ambitious but minor lord, or long-serving knight; eager to serve those she finds worthy and hungry for glory but more discerning and considered than she lets on. When conducting business outside of Elysium, Danika generally carries her well loved and well used silver-handled black sword-cane, which few have seen her drawn steel from and to most mortals appears to be the affectation of an prematurely aging queen. When the occasion calls for subtlety and violence, she instead carries the silver stiletto that is usually in her walking stick in a sheath built into her jackets. Danika carries herself with a practiced ease and aire of relaxed confidence, but when this laconic air is dropped she can easily shift into back into the well-practiced role of a ruthlessly efficient enforcer or dutiful bodyguard.

1979: At the urging of Claude De Bourbon and with her sire's encouragement, Dani takes a one year sabbatical from her duties to travel the world. Claude encourages Dani to seek experiences that she won't be able access with the power of her will as a Ventrue. To eat fine foods, and feel the sun on her skin, and the warmth of another body next to her in bed. To experience the mortal world with her new body before accepting the Embrace. ((Seeking ties with kindred, mortals, or ghouls she could have encountered on her journeys and search for novel, mortal experiences. Could have been anywhere on the globe an experienced Ventrue ghoul could relatively safely travel, especially looking for aesthetes, adventurers, artists, nightlife or vice-connected figures or those highly connected to high or low mortal society.))

August 19th, 2022: Danika attends the Toreador Grand Ball and plays an unfinished game of croquet with Justicar Diana Iadanza alongside an eclectic group of other Kindred. She and Dr. Reynaldo also share a fascinating conversation while watching the battle against the possessed Baali Elder mere feet away.

August 20th, 2022: Danika takes part in the battle against the 7-headed abyssal dragon that clan Lasombra managed to contain on an oil rig off the coast of Mississippi. Along with two other kindred ((if you were one of these other two Kindred, please let me know so I can link to your page and give proper credit, I don't remember your names)) and their Lasombra escorts, Danika steps through The Shroud and does battle with three of the dragon's heads at the edge of the Shroud while her Elders and mightier combatants battle the beast's primary heads on the oil rig itself. Danika delivers the deathblow to the aspect of the creature she fights by shoving the pointed end of her walking stick through its central head and claims one of the beast's talons as a trophy. She affixes this claw to a necklace and wears it proudly to Elysium with the Prince's permission.

October 8th, 2022: Danika travels to Trenton in order to meet her grandsire Charles Hakstege, MD at his newest club and accompanies a war party of local kindred into the abyss to battle another monstrosity, this one in the shape of a massive octopus combined with a spider. With the destruction of the arch-predator in the abyss, the flood of abyssal spiders being pushed into our world ceases. She is bitten by one of the creature's mouths during the battle and is haunted by nightmares of the abyss.

October 15th, 2022: Danika helps lead an operation to shut down a hot dog seller selling human meat to the public in NYC and captures and interrogates a strange and inhuman spirit-being riding a hollowed out human body, a "fomori." As best Danika can tell, the human meat is being used in order to create more of these "fomori."

November 5th, 2022: While visiting Trenton to celebrate the opening of its newest Elysium, Danika accompanies a party which investigates a former Sabbat safehouse after it had been raided by soldiers from PROJECT: Twilight. Following the investigation, she enjoys a long and fascinating conversation about their very different pasts with Declan.

Danika “Dani” Astor is a neonate of Clan Ventrue and The House of the Griffon and the childe of Prince Christian Whitechapel of Boston, former Seneschal of London, New York, and Boston.

She has acted as a traveling consultant and student to allies of her sire for over four decades, occasionally returning to New York or Boston to report-in to her sire but generally staying in the domains she visited for only a few months or years at a time. Since being given permission by her sire to permanently settle in New York she has rapidly built a small but dense influence web amidst the street and nightlife professionals of the East Village.

In Kindred politics, Danika traditionally has not demanded the spotlight and generally worked behind the scenes (or behind the throne) as a trusted courtier. This position allowed her to gain knowledge, power, and respect for her competence in building and operating a brighter and more sustainable spotlight for her clients, mentors, patrons, and sire. However, she has been forced closer to the spotlight in her new role as Ventrue Primogen of New York, and while she continues to act as a supporting player to more powerful and ancient kindred, she seeks prominence amongst those of similar age and station. As primogen, she is more direct and outwardly confident than she was in her consulting days,and has proven to be ambitious and driven in her efforts to step out of her sire’s shadow in this domain while still advancing his interests and the interests of her Clan and lineage. Despite her laconic air and academic curiosity, she is an enforcer by trade and remains brutally efficient with a knife or club and incredibly stubborn in a fight, calling upon years of experience as a bouncer and occasional freelance legbreaker honed by the eclectic training of her sire's contacts.

While she can be understated, Danika is not withdrawn, and is attentive for any new opportunity to gain tantalizing knowledge, glory for her accomplishments, useful connections, or leverage that can be exploited. She is also not afraid to get her hands dirty as long as they appear clean after. Like her sire, Danika seeks to surround herself with influential Kindred of various social classes and Sects, particularly other driven neonates with whom she might form a mutually beneficial coterie which can provide both company and advancement like her sire’s Green Carnation Club.