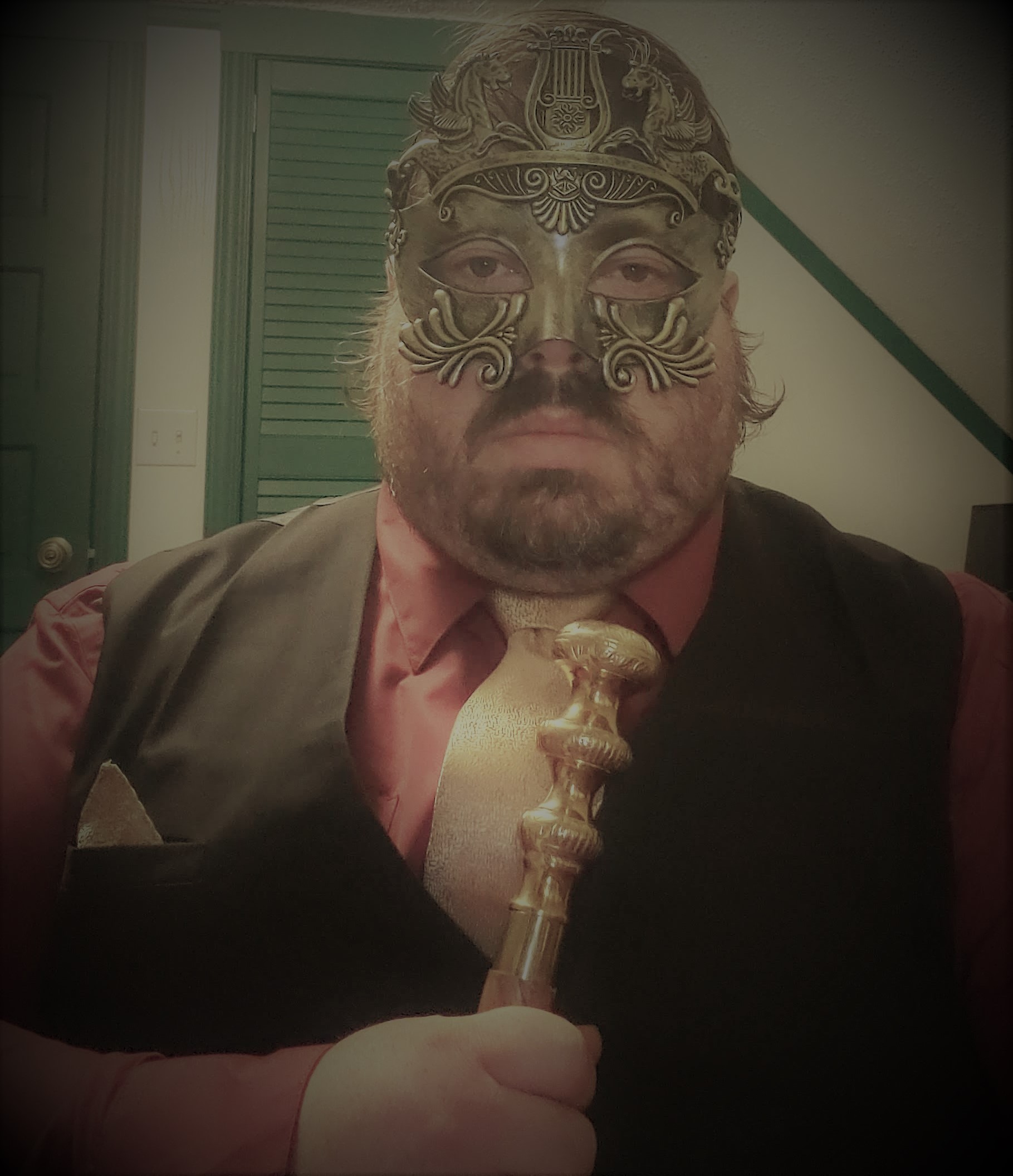 Frederick de Gorizia appears to be a white man in his late 30s. He is just below average height for men based on modern standards. He is slightly heavyset. His left leg is unusually stiff, leaving him with a limp for which he uses a walking stick. He typically wears "timeless" fashions that allow him to blend in with mortal society without actually keeping up with the latest fashion trends. He is typically seen wearing clothing of black, burgundy, and gold with gold and ruby jewelry. Since moving to the New World in 1812 he has hidden his face behind a golden masquerade mask.

Frederick was born in the city of Gorizia to the House of Gorizia on 6/10/1266. Frederick was the third born, and second son, of Meinhard II, Count of Gorizia and Elisabeth of Wittelsbach. Frederick’s parents were retainers to the Ventrue lord Grifo Leon Pippen Martel. In exchange for their lord’s favor, Meinhard and Elisabeth swore the life of their second born son to the vampire. Frederick was raised with the same love, care, and education of his siblings, but was intentionally left off the genealogies. His education focused on the knowledge needed by stewards such as etiquette, finances, and politics as well as the education of a military general with a heavy focus on military strategies and tactics. Frederick found a great deal of fun throughout his life playing games of strategy such as chess or stones as well as training in swordplay.