Primary Freehold of The Pillars of New York VSS. 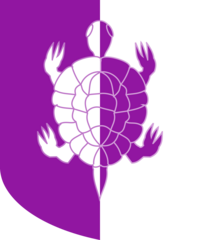 Coat of arms and banner of the Barony and Freehold of Turtle Bay, per pale purpure and argent a turtle displayed countercharged.

Situated on the site of one of the city’s many “Secret Libraries”; a members only private club dedicated to the occult, paraphenomenology, and esoterica called The Bookstore, the Baronial seat is the center to Kithain social life in the City.

In addition to the aforementioned library, the club has a history of having been a speakeasy during prohibition, and the bar itself, accessible through one of the library’s shelves, still does lively business for Kithain and their human guests.

Also Known As: The Speakeasy, The Library Speakeasy.

Pages in category "The Freehold of Turtle Bay"

The following 9 pages are in this category, out of 9 total.