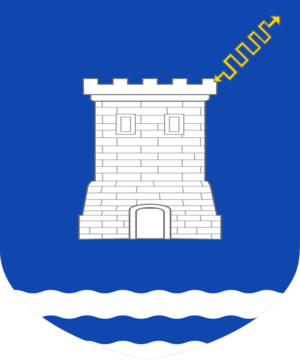 Devonshire is always stylishly clad. with colors generally favoring the black and silver of his House. He wears a patch over his left eye, lost to cold iron in the Accordance War. In counterpoint to his fashionable dress, a utilitarian rapier with a spiraling copper hilt and a scabbard of battered leather is nearly always at the selkie's side, unless court protocols dictate that he go unarmed. But those who get close enough to either smell the salt breeze that lingers about him, or shiver at the occasional chill that permeates the air may realize that even without steel in hand, the Baron is far from weaponless.
His coat of arms, Azure a ford a tower argent in fess point striking it from chief sinister a lightning bolt or bendwise sinister , tells some of his story, but for those curious, they can always ask the Baron directly.

2022 - Devonshire disappears from public view. His current whereabouts are unknown.

(to Duchess Kiara, when asked how he knew of her fondness for Disney animation ) ""It could be I listened, it could be my skill as a soothsayer is better than I realized, or a seagull could have lectured me on this topic three hours past. Who can say?"
(After killing the Sidhe archer that took out his eye with cold iron, by stabbing them with the same quarrel he'd been shot with) "Looks like you've got a bit of Selkie blood in you. Normally, I'd just say it isn't fatal, but in your case..." (to a hapless lackey who nearly pulled a gun on Devonshire during a conversation.) "Before we go forward, know that if you draw that gun, my most immediate concern will be were to send the weregild to recognize your passing.." shortly the Baron rose to leave. "And go find yourself a cup of tea, or something. You are far too tense." 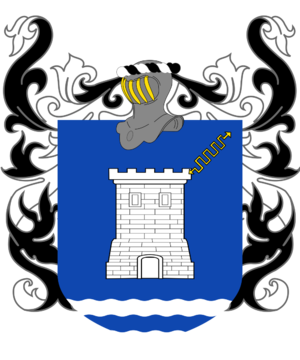 Songs to Storm By: