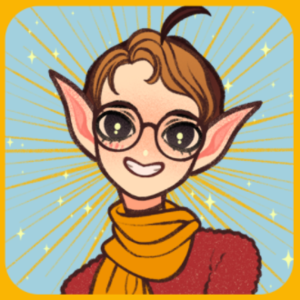 Coat of Arms: Nothing official

Sweetcrumb is a rather precocious Changeling who has been baking since probably before it was safe or sanitary to do so, but here we are. He was taught to always be willing to share what he makes and whatever else he may have.

Quick to make friends with whomever talks to him and shares his culinary delights. He’s traveled all over the country making the oddest assortment of friends and acquaintances along the way. The consummate Seelie who is always deferential to Nobility regardless of Court.