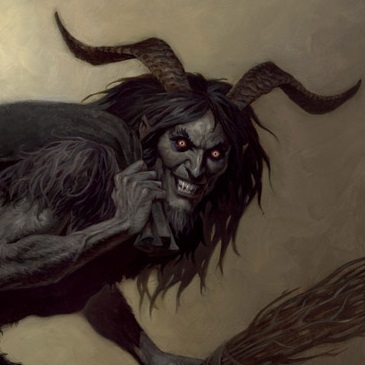 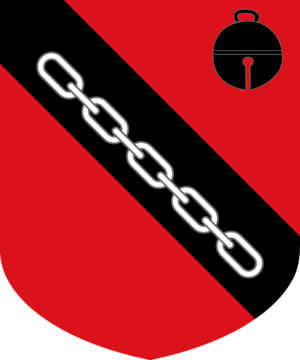 Mephistophelian-looking - tall, dark, imposing, with a face sharp and pointed, a magnificent rack of curved horns and an equally magnificent beard and mane, and eyes the color of hellfire. Walks with a pronounced limp. Typically wears a sharp business suit over a black sweater, or, less formally, subtly militaristic rivethead-style outfits. His chimerical garb complements that with a dense mantle of torn burlap and numerous chains wrapped around his body. A bell of dull-colored metal rattles on a leather collar on his neck.

"The best government is a benevolent tyranny tempered by an occasional assassination."
- Voltaire

"Oh, on most days we lose. But once in a while, just once, it works. And those moments of perfect clarity where all the world is in the palm of your hand, a hundred thousand middling minds made into flawless assembly by your will? Those are worth all the rest."
- Dread Empress Regalia II