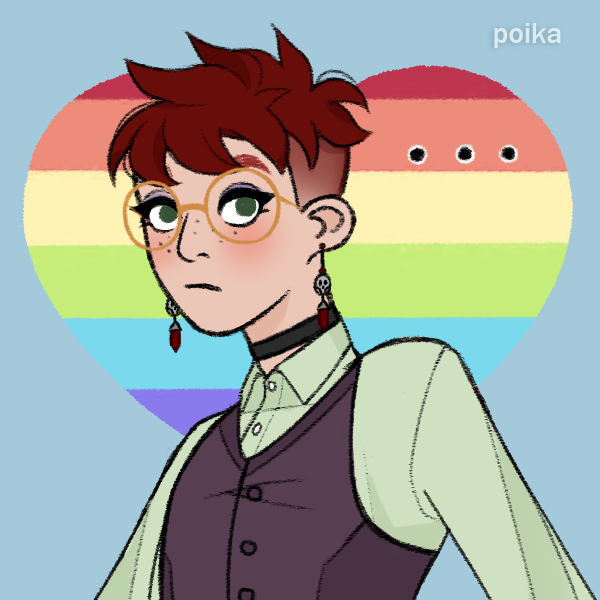 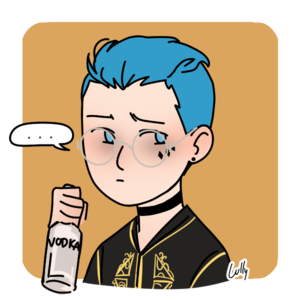 Cassander / Cassandra Taylor (Cas) is a gender fluid ghoul whose 'appropriate to Camarilla society' outfits are accompanied by a ribbon around xyr neck, Pride Converse, and changing hair colors. Xyr outfits change between feminine dresses, masculine button-down shirts and waistcoats, and more androgynous outfits regularly, and xe accepts the pronouns that suit the current outfit when meeting in person. In writing Cas uses the pronouns xe/xyr/xem always. Xe carries a black moleskin notebook and pen to jot notes about things xe wants to research or messages xe have been asked to carry, often writing in it in Court.

Cas' role is to be the public face of Elder Klaus Straub, a Luminary Elder Nosferatu who has become paranoid at the whispers of the Beckoning and is unwilling to interact with other kindred. Cas does what xe can to support the Camarilla of Boston, MA in xyr Elder's place, wielding the same influence and communications networks that Elder Straub had first established.

Watching Cas, one gets the impression that xe could do with less stress in xyr life, as xe works to help Elders learn about mortals enough to survive the Second Inquisition, clean up masquerade breaches, work with other kindred and ghoul hackers against the Hunters, and possibly even try to hunt the Hunters. Cas is fast to assure anyone asking that really, xe did so much worse in college, and the Second Inquisition kind of is a life or death matter...