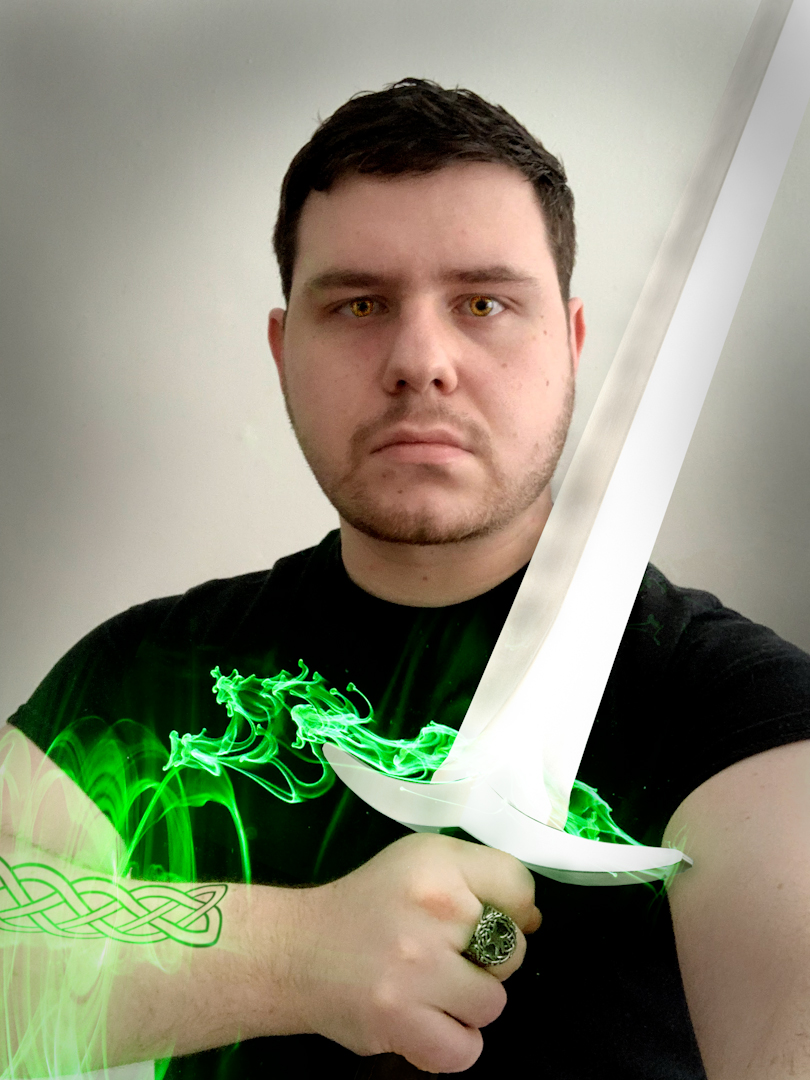 Brown hair, average height, muscular as all Ahrouns are. Usually in casual earth toned clothing that blends into the background without literally being camouflage. He may make a sword that looks rather like Glamdring appear in his hands when he fights.

His apartment is very minimalist, due to him breaking most of his possessions as an Ahroun cub and deciding against replacing most of it. A heavily used and repaired JKD Dummy stands in the corner of the living room for when he needs to let off steam.

Rian's personality most resembles Aragorn (Lord of the Rings). He will fight, and with great passion, but he focuses first on finding all the routes he can take to make the fight unnecessary in the first place. He has a personal code of honor that he constantly reminds himself of, and keeps extremely high self-imposed standards that he doesn't expect everyone else to follow. He's very much aware that acting out of passion, while it can feel honorable, often snowballs into actions that absolutely aren't.

None
Edit Rumors: Add your own!