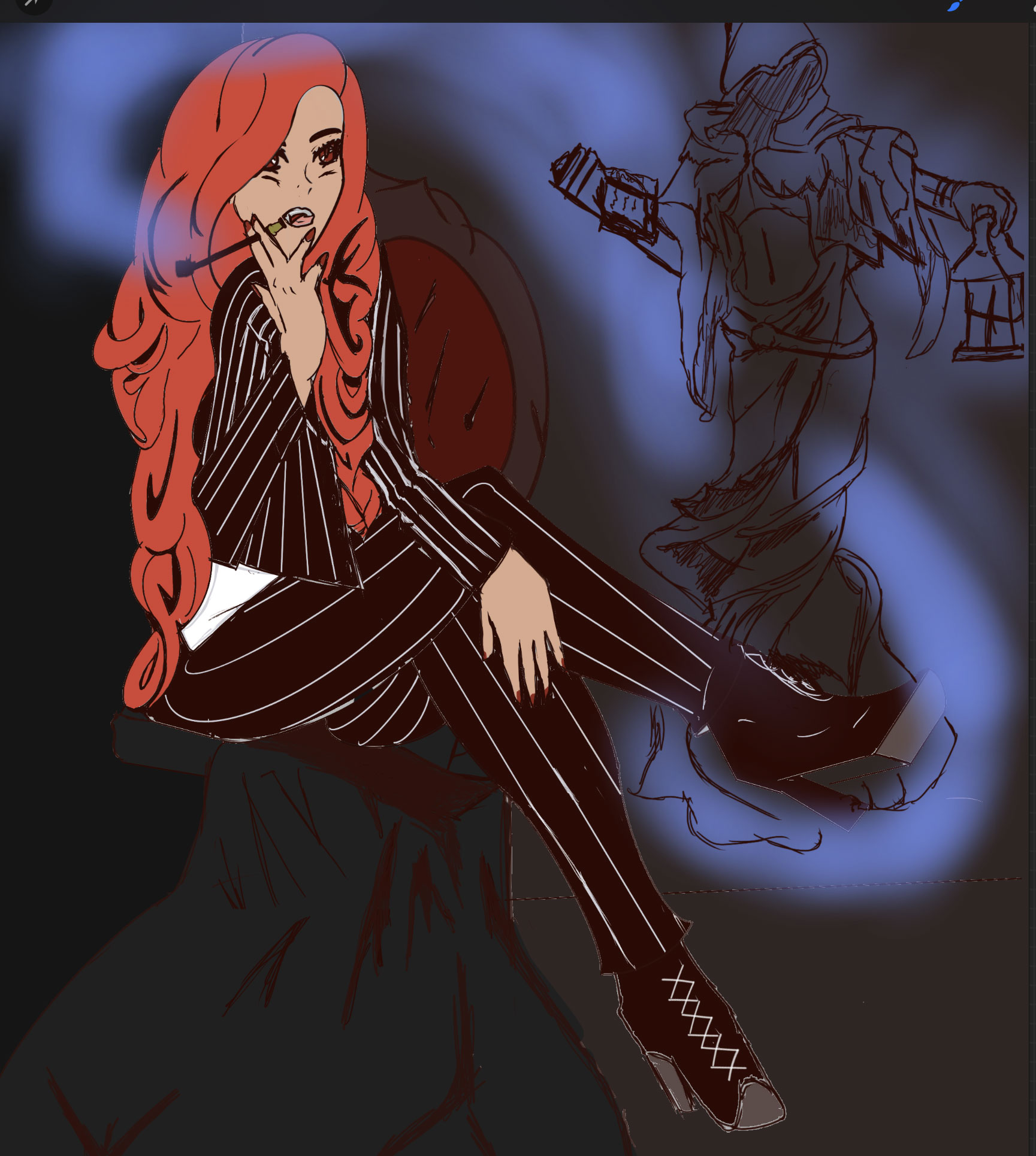 Victoria Loves to be in the lime light of the party. She has survived her unlife because of her usefulness in occult and her personal alliances.

Born 1810
Married at the Age of 15 to a rich New Orleans Businessman 1825
Gave birth to her Oldest Son 1826
Gave birth to second son 1827
Gave birth to her daughter 1829
Her Husband dies of a Sudden Sickness and She Now Owns Southern Decaydence Imports and Exports 1840
Embraced 1870
Continues to control family business, Southern Decaydence Imports and Exports.
When her daughter dies in 1890 she takes over her identity and wills the company to her daughter.
Roughly every 20 years she picks a mortal from her family lineage to assume the new identity and wills all assets over.
Joined the IA 2011
Became Dona La Rue in 2008 after her Sire was Destroyed in Venice.
Became Dona La Rue Prince of Conway in 2016.

Victoria was born in New Orleans and loved being a socialite. She would perform seances when requested. While she was vague as a medium she was on point with her oracular predictions. Victoria has a weakness for Flirting and Over the top compliments. Her Sire was Angelo GioVanni. She has a faithful retainer named Demetrie. She has a Wraith retainer named Sebastian.
Victoria was kept on a short leash as a GioVanni. She was a social being on top of her game as a mortal but a bastard neonate red headed step child to the GioVanni. She had to be put in her place often and severly until the Villa was destroyed in Venice in 2008. She is now Dona La Rue, Prince of Conway but she will never forget the lessons of her family.
If you are interested in playing a personal antagonist, let me know. We will besmirch each other but for some reason Destruction is not an option.

Prince Deaglán Síl Aedha Eaniagh, of San Diego, Luminary Lasombra
A nod, "Then let those three minor boons be recorded." Looking then at both Mr. Church and Rayne Valarian, "For your services to the Independent Alliance as a whole I find the two of you Courageous, know that this title is not just one to represent your past acts and deeds, but is an instruction of how to act in the future. May you carry this title well, and never forget why it was given to you." Then looking towards Prince La Rue, "And Prince La Rue, you sought me out to recognize these two of your city, and to be recognized yourself for your own actions, and you have offered to be indebted to me, know that I will make use of these debts to address what must be addressed within my city, and that when I name you Defender it is with the understanding that I may rely on your strong arm to come to the defense not only of the Independent Alliance within your own city, but also here. I trust that you will come to San Diego's Defense should she need you."

91 stands for (Insane Asiago)
Release the Hounds
Edit Rumors: Add your own!