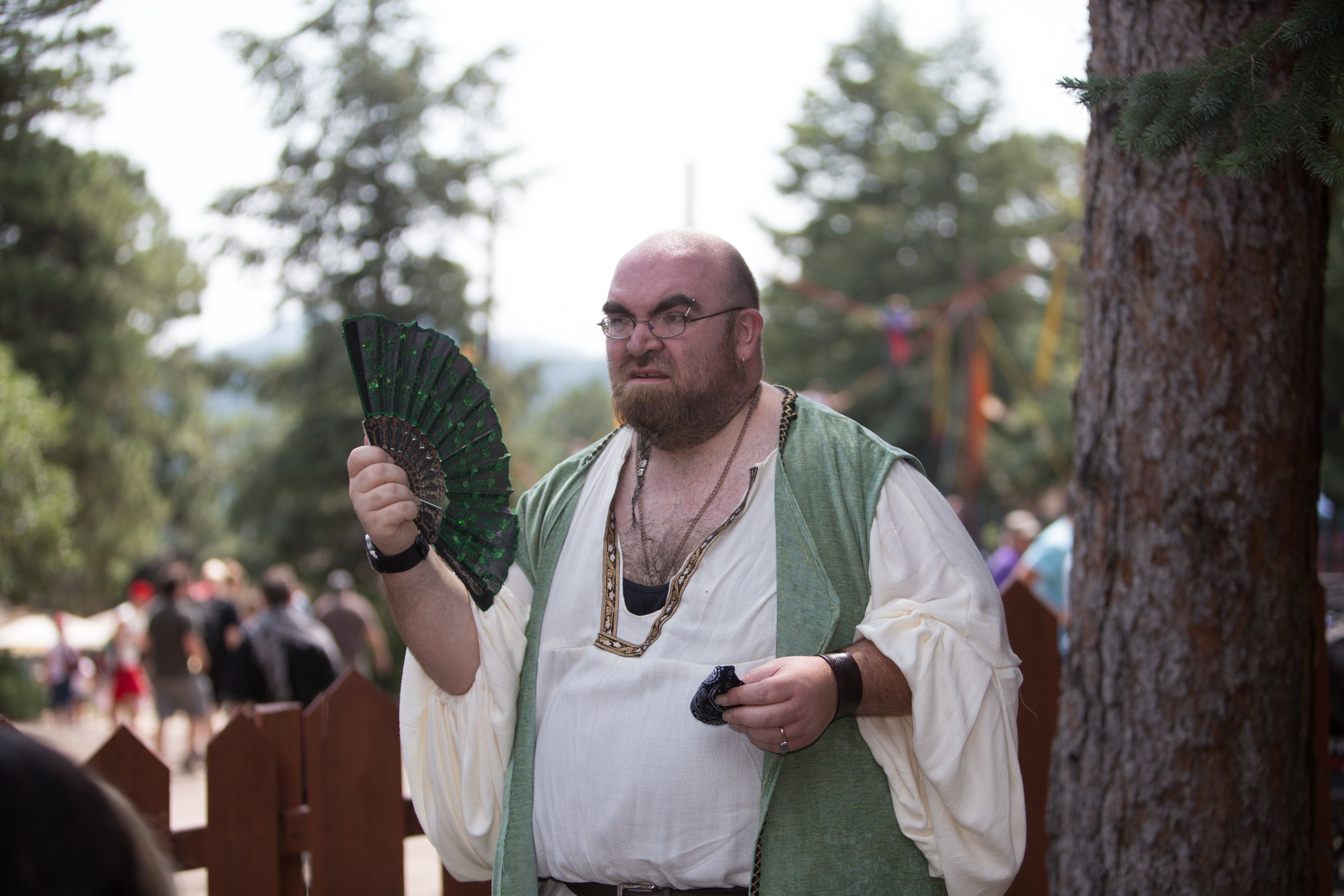 Einar is a broad-shouldered, barrel-chested man with a stocky build and huge fists; hence his deed name, Hammerhands. He keeps his head shaved clean, save for a long goatee that is often braided with steel beads inlaid with Futhark runes. His brown eyes are usually half-hidden behind thick black eyebrows, and his face just looks like it's accustomed to scowling. Einar can usually be found dressed in a comfortable t-shirt and blue jeans; however, he is just as comfortable in a t-tunic, kilt, and boots as well.

Einar Gunnarson was born in Minnesota to a Kinfolk parents; his father was Kin to the Fenrir, while his mother had Fianna blood. His parents were craftspeople who traveled the Renaissance Festival circuit, selling 'Viking and Celtic goods and crafts'. Einar grew up in that carnival atmosphere, traveling from city to city; it made for a lonely life, never staying in one place long enough for him to make friends with anyone other than the other children traveling the circuit with their parents. Thus, Einar grew up with skills and opportunities that most modern children don't have access to; axe throwing, blacksmithing, sword-fighting, making chainmail, and the like.

When he turned eighteen, however, he parted ways with his parents in Kansas City and joined the US Army. He was stationed first at Fort Riley, KS, then shipped out for two tours in Iraq, followed by another in Afghanistan. To this day, Einar doesn't speak of his time in the military, save to say that he left many brothers and sisters in the sands. When he retired from active duty, he returned to Minnesota and started working for his parents again. When his father passed away from a heart attack, Einar became partners with his mother; and when she passed away from cancer, he took over the business entirely. He expanded it, as well, purchasing booths at various festivals around the midwestern US. Soon, he set off to travel the circuit, spending much of the year traveling from Renaissance Festival to Renaissance Festival.

"I like the no-nonsense types. They make a Sept strong. And this one is not just strong in fist, but in conviction and heart. It's Get like him who keep me honest." Hallelujah Money
Edit Quotes: Add your own!