"There are truths which are not for all men, nor for all times."
- Voltaire 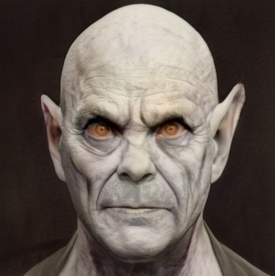 “Sometimes people don't want to hear the truth because they don't want their illusions destroyed.”
- Nietzsche

Found
• 1949: While moving through a dilapidated section of Athens after World War II he fell through to an underground and was buried below rubble. Left behind by The Hungry as a broken and discarded tool he eventually dug himself out
• 1950-2009: Wandered aimlessly with no true focus or direction throughout Russia, Asia, and Europe. After a few years he decided that he needed to search through old underground locations where he had been known to stay looking for those that may have been abandoned
• 1999: While leaving Bangladesh the Ravnos Methuselah woke and the week of nightmares began. Ravaged by nightmares he made his way underground to ride out the terror that gripped him as he relived his time with The Hungry
• 1999: Met Bob in Bangladesh
• 2009: Assisted with the Ritual to Save the World; used powers of obfuscate to conceal groups of kindred from immediate dangers during the ritual
• 2009: Met Nissim Melamed during the Ritual to Save the World
• 2010: While in Boston he made the acquaintance of a Tremere Alena Sokoll
• 2010: In New Haven he discovered Samuel
• 2012: Spent time with Virgil Vendicimo
• 2013: Begins to provide safe travel for residents of CT when possible, assisting kindred in evading local hunters. This continues to the current day
• 2018: Attended the Conclave in Abuja
• 2019: Attended the Conclave in Paris; searched the underground for any of his blood that may still be there in the depths that the Nosferatu may have overlooked from their find a few years earlier (2013 Nosferatu found dormant cell of Creeps in the Depths of Paris which is when Creature was found)
• Current: Keeping an ear out for word of others of his blood that may existed. He would like to unite those that survived under a single, unaligned, banner 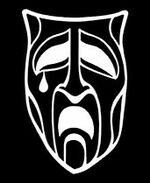 Word On The Street..