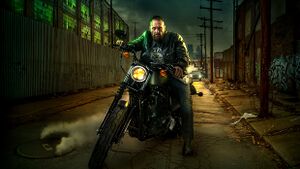 Victor stands 6'8" and is 285 pounds of muscle. He is often seen smiling and when he speaks he has a thick Russian accent. Victor's clothing style is generally biker themed and he is rarely seen without his MC leather cut displayed on his massive frame.

-1390’s was there when the Anarch Revolt began and continued the fight for the next century, traveling to where he could better aid the movement (Anarch Merits: Elder of the Revolution & Old Dog) .

-1492 saw the chance to go to another continent to expand the movement. Booked travel on the Santa Maria on the first voyage of Christopher Columbus.

-1775 – 1783 fought against the English in the American Revolutionary War

-1824 came to Texas and acquired land from Mexico.

-1836 assisted from behind the scenes against the Mexican Army at the Battle of the Alamo.

-1861 – 1863 fought behind the scenes against the Confederacy in the American Civil War. Was knocked into torpor in the Battle of Gettysburg. Child takes Victor to Texas to land they had acquired during the Mexican Rule in the 1820’s.

-1965 wakes up from torpor and heads towards the DFW area.

-2002 assisted the Anarch Movement with the ousting of the Camarilla in DFW.

-2012 assisted with the attack on the Sabbat with the 3 sect alliance in the DFW area.

-January 2018 came back to DFW area once the FirstLight Hunters left. Became Constable of the Anarch Movement in the DFW area.

Current Location: DFW area in Texas. Victor is often traveling around with his MC so if is often hard to pinpoint where he is on any given night.

"The true soldier fights not because he hates what is in front of him, but because he loves what is behind him.”
Edit Quotes: Add your own! 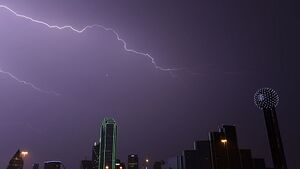