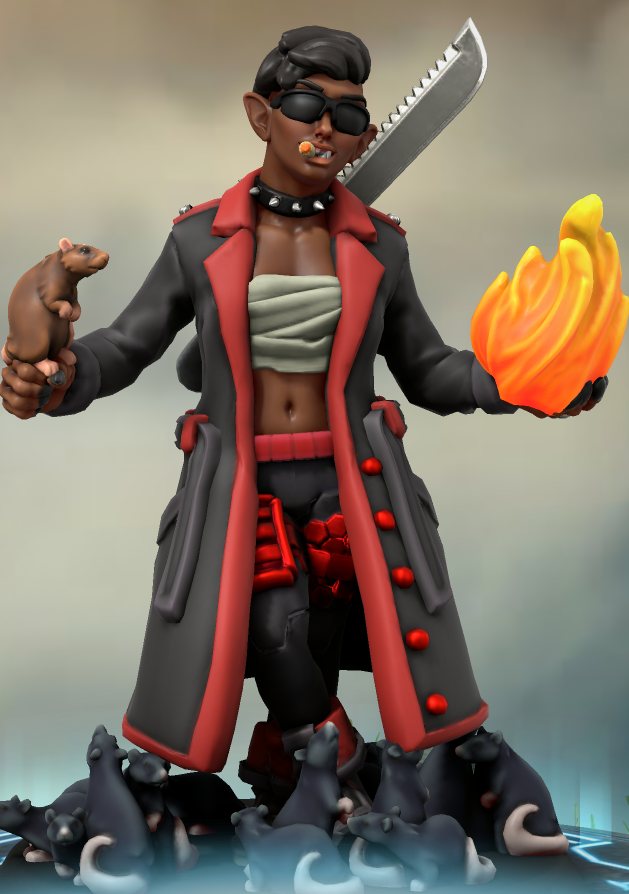 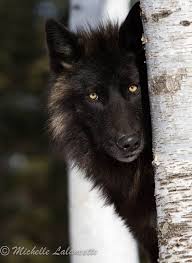 Melody is a trans Bone Gnawer that maintains her cover among humanity as a self-defense and MMA trainer, who happens to be researching 'witchcraft' to study her heritage. Behind the veil, however, she is an assassin for the Swarm, and usually finds herself helping to guard any Caern she and her family happen to be living closest to at the time.

Originally born in Nagano, Melody was actually raised by a Lupus Stargazer Ahroun by the name of Ayame - the packmate of her mother. It was only at the time of her adoptive mother's death due to an ambush that Melody finally underwent her first change.

Having been raised in the Nation, Melody's time training as a cub didn't take very long. Within a couple months, she was already joining her birth mother's camp - the Bone Gnawers' Swarm - where her skills gained from tracking down lost kinfolk gave her a head start in the art of assassination.

Melody later met "Mask," a Get of Fenris Ragabash, who - by curse - can go by no other name. The two of them eventually form a war pack with two other garou, and a Khan kinfolk by the name of Persephone, near Chicago. Persephone - having been Melody's first ever MMA student - also became the first kinfolk suggest Melody let them ride her back in Hispo during a fight. This is around the same time that Mask tricks both Melody and his sister, Annabelle, into a blind date with each other.

Throughout her time as a garou, Melody has seen victory, but also tasted the pain of loss and sacrifice. Mask and Melody - while heading to check on a couple of packmates - found them gorging themselves on human flesh. It was left to the two of them to return the fallen garou to gaia. Exactly three months later, Persephone was killed in battle by a Black Spiral Dancer.

At present, Melody is now raising twins of her own, along with her mate, Annabelle Schmidt. Much like her adoptive mother, Melody assures that the babies are well adjusted to the wolf in the room and happily refers to them as her pups.

Melody is known to be somewhat odd - between the literal eating of bones, to the way she likes to hunt and fight often times leading to others to assume that homid is the last possible breed she could be. Additionally, while being an assassin, her deed name is notably associated with willingness to treat strangers as if they were actually family. She is known to refer to all gaians as her siblings in general and has worked as muscle for multiple fera - most commonly Bastet