“People often believed they were safer in the light, thinking monsters only came out at night.
But safety – like light – is a façade.”
― C.J. Roberts, Captive in the Dark 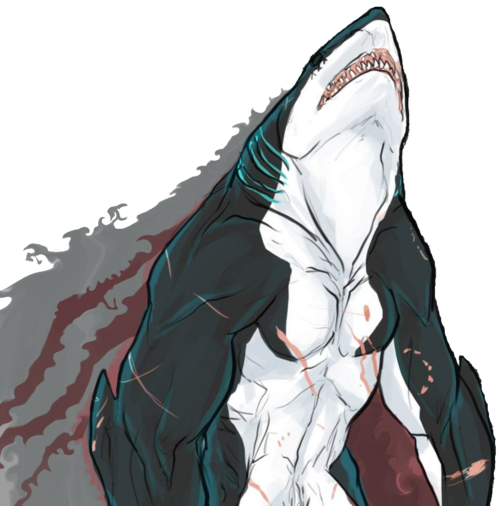 Longfins: A Samoan-looking man, he stands 5'6", with long black wavy hair and deep brown eyes. Lean but not powerful in physical prowess. He wears a necklace with a whale tooth that he has carved personal stories into over his travels. And his right arm has Samoan tribal tattoos, left forearm also decorated in a similar fashion. usually only wearing shorts, he tends to walk around barefoot.
Standing Jaws: A towering ten foot man-shark, he sports a long powerful tail stretching nine feet out behind the muscled form. The coloration pattern retains the same marking and dappling, the grey sleek color of the back and tops and the white-grey dark dappled belly, hand and feet pads. The pattern over the gills, when noted, can indicate who the shark is like a set of fingerprints and varies from individual to another. (For Rokea, they know exactly who it is upon seeing them) He wears leather garments, not to clothe himself, but to adorn the body with random items he finds, makes, or is gifted. A leather belt carries an assortment of carving tools.
Fighting Jaws (Dire Shark): Mega sharks of legend, he becomes thirty-five feet in length, round girth and unknown weight.
Swimming Jaws (Shark): His birth form, Ivory's species is the Salmon Shark, a smaller cousin to the White Shark, though he is larger than his normal counter parts due to his growing and age at around ten feet, weighing in a near thousand pounds. A white-grey belly splotched, with a stark grey and black dappled dorsal side. Aside from size, he is indistinguishable from his kin sharks. 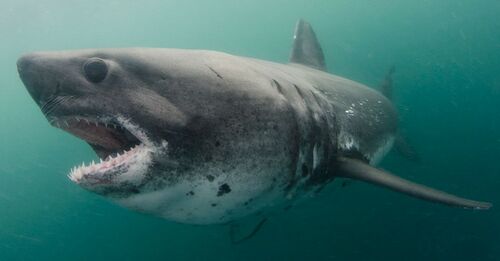 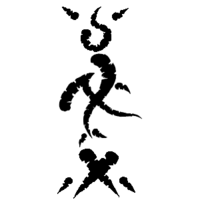 Stories of the Talespinner: