"You're the king, the king of your world. Abandoned and alone,
your kingdom burnt up long ago and tomorrow you'll already be forgotten." ~Blutengel, König (English translation)

OOC: For any ties: just go here and I will get back to you! Grifo ties form (to help organize it!) 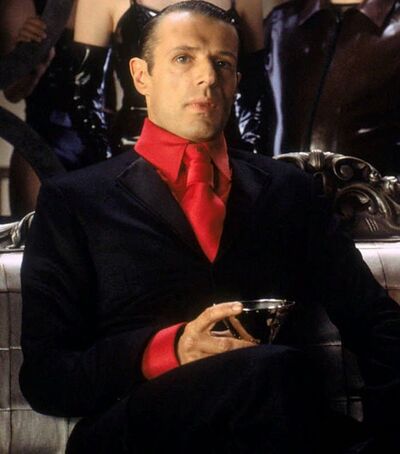 Grifo Martel cuts a stunning figure, standing just over 6' tall and is usually well-groomed.
As usual for Ventrue, he is seen in dark-colored suits of black and grey with stark red shirts.
He is Appearance Focused and carries himself accordingly, with an aristocratic air, fitting for the Frankish Noble.
Grifo is known to be a staunch supporter of the Camarilla and the Traditions, in particular,
especially since he is a Luminary Elder Architect.
Grifo also has a strong dislike for organized religion in general and Anarchs in particular,
having a strong dislike for Assamites.

Birth and rebellion in Francia

(Known to characters with appropriate Academics spec such as Dark Ages European history)
Grifo was born in the venerable Merovingian dynasty in Northern France, 726 AD the third born son of Charles Martel.
In mortal life, Grifo was nothing more than barely a footnote, having disappeared from mortal history long before he could make any of it. 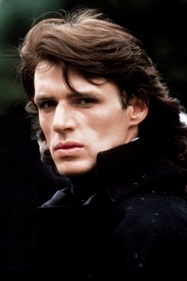 Embrace into the Clan of Kings

(Known to those with Camarilla Lore and/or Ventrue Lore)
-750-
Grifo was embraced in the mid 700's by Julia Antasia somewhere in Mideastern parts of Francia(later known as France).
What followed was four centuries of Dark Ages politicking and warfare, led by Julia's acumen and Grifo's battlefield insights.
-850 ~ 1000 AD -
The two eventually settled in what would become Frankfurt-am-Main, in then East Frankia, and eventually, Julia would become Prince of Frankfurt.
Grifo supported his sire in this, and in the later years when Julia went into Torpor, he would rule in her stead as Regent, but never with the word "Prince".
- 1000 ~ 1204 -
When Julia was awake, she would send Grifo on to missions to other Prince's domains as an Ambassador of sorts.

The War of Princes

-1200's-
Grifo, during times when his Sire was awake at the beginning of the 12th Century, spoke out vehemently against the War of Princes.
Grifo viewed it as a gross abuse of the then fifth tradition, stating that if they wished to take it over, there are better ways.

The Inquisition and the Burning Times

-1200's to 1350's-
In a way Grifo was right, as the War of Princes led into the Burning Times. Grifo, seeing the coming trouble was able to weather out the fire storm
by hiding away in the very same Monastery that his brothers stuck him in, all those centuries ago.
Grifo was hiding right under the witch hunter's noses. Always a master manipulator, Grifo built himself a tidy little domain.

Sadly, even this wasn't to last.


In 1394, while Grifo was visiting with Hardestadt, the Anarchs struck, and Grifo was forced to flee for his unlife.
Grifo lost a newly made childe in the fighting, a mighty King snuffed out before his time who sacrifced his heart's blood to save Grifo.

- 1395 ~ 1495 -
Eventually, the witch hunters gave way to rebellious childer. Having been betrayed by jealous great grandchilder, Grifo was forced to go on the run.
He had long been a creature of the Frankish forests and with more cities that had sprung up, he was able to sneak his way back to Frankfurt.
This was when Grifo developed his intolerance for the Assamite clan, watching his fellows and equals die to their thirsty fangs.
However, Grifo knew the forests and backroads of Northern France like the back of his hands and was able to avoid the raging Saracen led horde.


It was during this time that Grifo was informed about The Founders, who proposed an organized coterie to fight back against the madness.
This sect eventually would become the Camarilla, and seeing how effective it was in combat, Grifo agreed to join, even if his rival Hardestadt was the founder.
After decades of fighting, Grifo was in the room that eventually became the Convention of Thorns. <approvals go here>

Camarilla ascendant and Formation of the House

- 1510 ~ 1753 -
After the Anarch wars, Grifo fought against the nascent Sabbat but quickly returned to Frankfurt-am-Main to discover his sire in Torpor. 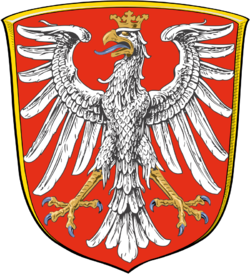 Grifo was also the Prince of Frankfurt when his sire, Julia was in Torpor. With the new Camarilla sect at his beck and call,
he reorganized the city into a Camarilla Domain, with Primogen and Harpies and all the trappings.
While he was at it, he also semi-organized his childer, many elders in their own right, into a proper house and lineage.
- 1528 AD -
Grifo was on hand to bargain with the Giovanni and signed the Promise, the written agreement to keep the Giovanni out of the Jyhad.
- 1753 AD -
For the first 150 years of the house he was the head of the house, but Grifo stepped down on his 1,000th-year death-night, the centuries having began to weigh upon him.

- 1918 -
A great disturbance awoke him from slumber thanks to the deaths of millions of souls (and the spilling of rivers of French blood) stirred him awake.
- 1944 -
An allied air raid destroyed Grifo's haven; however, he was already deep in the earth in torpor when this happened.
Trapped, Grifo's torpid form remained so until recovered by his Housemates in the middle of the 2010's. 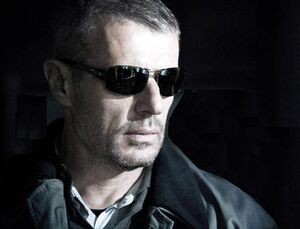 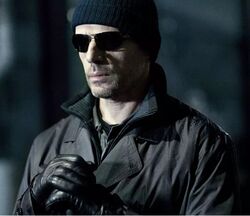 Grifo in incognito clothing.
- 2011 -
Grifo is deep in the earth in Torpor and is unaffected by the Beckoning at this time.


"But life goes on day by day, And all the faults will remain."
~Blutengel, You walk away

- 2016 -
Grifo is located and awoken in late 2016 by members of his house, Grifo is stunned to learn of the recent developments going on in the shell of his House and within Tower.


- 2018 -
Grifo has remained hidden within the house as he slowly recovered from his Torpor since 1944. During the grand ball of 2018 in Reims, France which was just an hour south of the old monastery Grifo hid away in all those centuries ago,
Grifo came back to the world of the unliving, ready to engage in the Jyhad once again.

Roleplaying inspirations:
The Merovingian from the Matrix Saga.
This pompous jerk.
And some of this even more pompous windbag.
Plain, simple Grifo. Especially the lies.


König by Blutengel.
Sure, it's all in German, but once translated, it's lyrically bleak and spooky.
Lost glories, self-absorption, and how it's all gone.
"~Your kingdom has long been burned, And tomorrow you will be forgotten~" <be>

Born to be Hated, by Hocico.
Grifo has made a few dozen enemies bu virtue of his existence.
Sabbat, Anarchs, Brujah, Neonates - all of them hate Grifo (and he's more than happy to return the favor!).


Hail to the King by Avenged Sevenfold (the band's name is a Caine reference, BTW).
At his core, Grifo is an Elder Ventrue Architect - and he knows it.