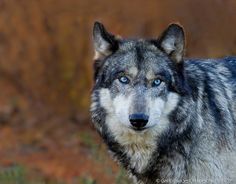 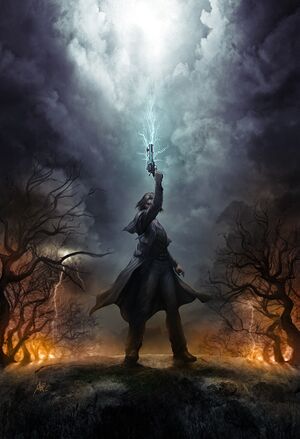 Arete is of Greek decent. He speaks English with a very faint southern accent. He carries two pistol fetishes and tends to fight in homid form. His lupus form is that of Eurasian wolf.

3-4/XX/2012 - A Cub, Kyle fights with his gun against the Wyrm’s forces as they assaulted the Caern. While he did survive, the Tribe debated quite a bit about males being able to join.

7/10/2014 - Arete makes fewer appearances and finally leaves his sept for many years, returning for Tribal business only.

12/12/2016 - He appeared briefly back in his home sept to be judged, confessing to a crime and being Ostracized for a month. The crime: thinking that a kinfolk was being taken over by the Weaver's Song, Arete Bit her to try and prevent the Weaver from taking over. He left the Sept then and has yet to return.

3/XX/2019 - Arete assisted in making a fetish for Teddy, a fellow Black Fury.

NOTE: As of start of game, Arete's location is unknown.

In ancient Greek Arete could mean a lot of things. It could refer to "excellence" of any kind. It could mean "moral virtue" in how you lived life. Heroes often were said to have it and some link it with "bravery." More often, it was used as "effectiveness." Finally, it was sometimes used to link with the idea of "human knowledge" as in "virtue/arete is knowledge."

When looking at it with the idea of "excellence" though, the Ancient Greeks would probably have linked with the "fulfillment of purpose or function: the act of living up to one's full potential." (mostly drawn from wikipedia if you want to read the full thing).

Arete is an Adren, Black Fury, Homid. He is also male. This means he will never rise above Adren rank and is lower in position than all female members of his tribe, including cubs. Every day he looks to analyze how to be better. A better fighter, a better Theurge, a better Fury, etc.

Arete is also an excellent craftsman and fetish maker, working mostly with jewelry.

RP Notes: Alexandros as a boy's name is of Greek origin meaning "man's defender or warrior"

Hera also had is as an epithet of Alexandros which would roughly be "Defender of Men."

Kyle doesn't have meaning, I just liked the name.

Feel free to leave your own
Edit Rumors: Add your own!

Feel free to leave your own
Edit Quotes: Add your own!